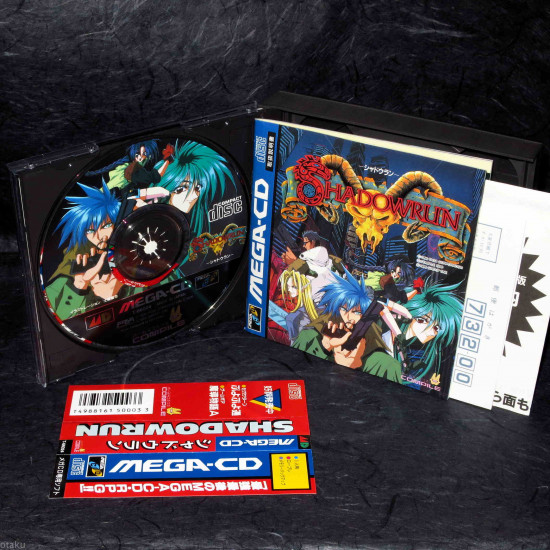 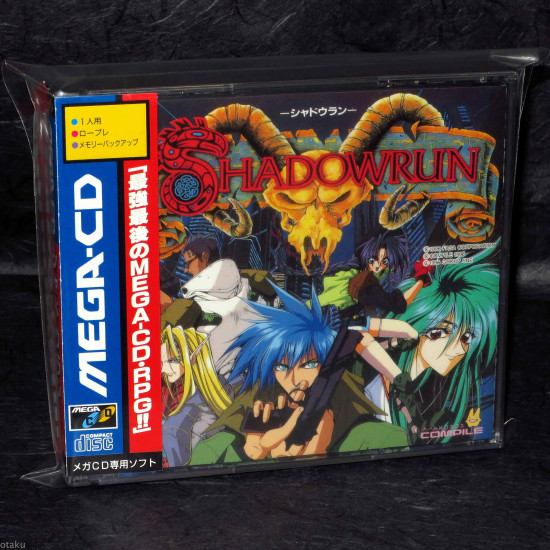 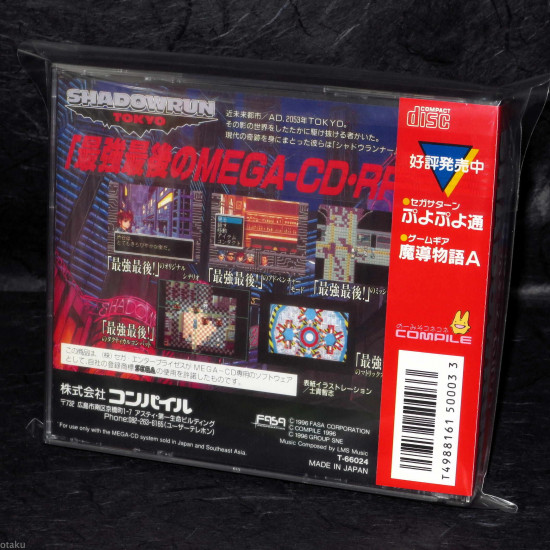 Shadowrun is a cyberpunk interactive fiction role-playing video game for the Sega Mega-CD adapted from the Japanese version of the pen and paper RPG Shadowrun by FASA (which was created by Group SNE).

Complete with all parts. (see photos)
Based on 0 reviews. - Write a review
$279.99
Add to Cart
Ask about availability
Add to Wish List Compare this Product
Product Requests
Product requests. Can not find the item you want? Just send us a product request and we may be able to locate the item for you.
Shipping Information
Shipping is calculated by weight and your location. Prices and Shipping options can be quickly calculated at the checkout by just selecting your country from the drop-down list of countries.