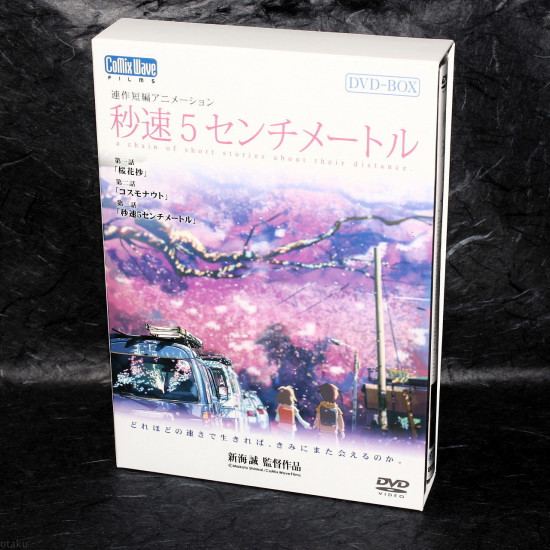 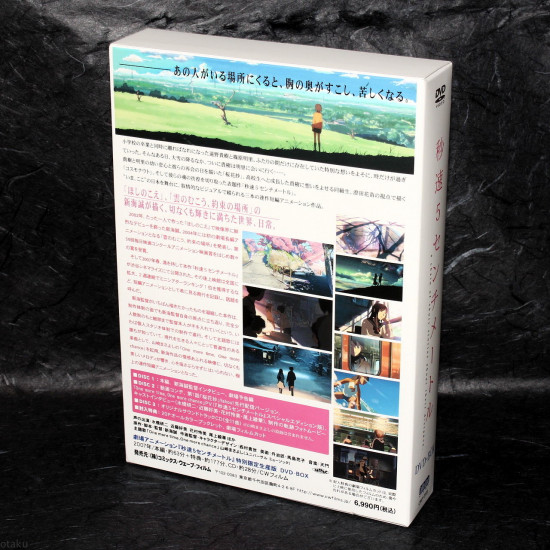 5 Centimeters Per Second (Byosoku Go Senchimetoru), subtitled "a chain of short stories about their distance." is a 2007 Japanese animated feature film by Makoto Shinkai. The film was finishedf on January 22, 2007.

Comes with 20 page booklet and "Film Cut".
Based on 0 reviews. - Write a review
$59.99
Add to Cart
Ask about availability
Add to Wish List Compare this Product
Product Requests
Product requests. Can not find the item you want? Just send us a product request and we may be able to locate the item for you.
Shipping Information
Shipping is calculated by weight and your location. Prices and Shipping options can be quickly calculated at the checkout by just selecting your country from the drop-down list of countries.