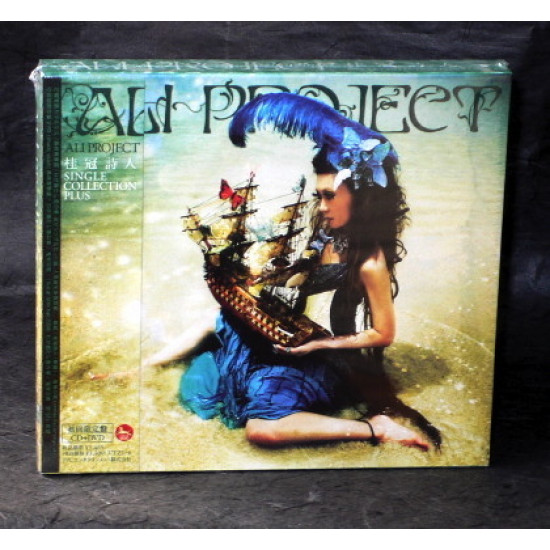 In the band's earlier days, their musical style tended towards light, cheerful and/or refreshing songs. However, the sound has changed in recent times to take on a darker and more mysterious tone. Takarano Arika, lead singer/lyricist, has termed this change as a transition from White Alice to Black Alice. Though there has been a general shift towards performing songs in the "Black Alice" phase, Ali Project has occasionally sung in the White Alice style as well.

They made their indie debut in the charts in 1988 as Ari with their album Fantastic Garden. The album was later included in Tatsumi Takayuki's book Philosophy of Progressive Rock which led to the band being classified under the progressive rock genre.

Four years later in 1992 they changed their name and made their major debut with their single Fall in love, maiden.
Most of their records are released by Toshiba-EMI, Victor Entertainment and Tokuma Japan. The band is notable in the anime community for having their songs featured in several anime opening and ending sequences, most notably in the series Noir, Rozen Maiden, and Code Geass.
Based on 0 reviews. - Write a review
$23.99
Add to Cart
Ask about availability
Add to Wish List Compare this Product
Product Requests
Product requests. Can not find the item you want? Just send us a product request and we may be able to locate the item for you.
Shipping Information
Shipping is calculated by weight and your location. Prices and Shipping options can be quickly calculated at the checkout by just selecting your country from the drop-down list of countries.